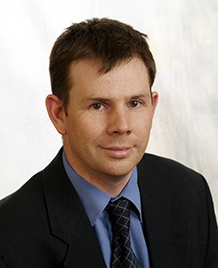 John Hunter has been appointed as the new CEO of Moorepark Technology Limited (MTL). He joins the company from Tipperary co-op where he was assistant general manager. He will be based on the Teagasc Food Research campus in Fermoy.

The appointment was approved by the board of MTL at its meeting in Moorepark today Friday, 19 February and by the Teagasc Authority at its meeting on 3 February.

John has over twenty years management experience in the dairy industry. He has worked with Tipperary co-op since 2005 as cheese plant manager, cheese operations manager and more recently as assistant general manager.  Prior to this, he held various roles in the areas of milk powder, spreads and cheese production in Dairygold co-op from 1992 to 2005,

A native of Castletownroche, Co. Cork, John graduated with a BSc Honours Degree in Food Chemistry from University College Cork and went on to obtain an MSc in Food Science and Technology there.

MTL is a joint venture between Teagasc and nine dairy processing companies. MTL is a modern versatile pilot plant facility based on the Teagasc campus in Fermoy. It offers a variety of services ranging from pilot plant rental and technical assistance through contract R&D and pre commercial manufacture.

Its mission is to stimulate and enhance, market led research and development in the Irish dairy industry.

Congratulating John Hunter on his appointment, Head of the Teagasc Food research programme Mark Fenelon said: “John will have a key role to play in implementing the MTL strategy for development and growth, which includes a €10 million capital investment over the next two years”.