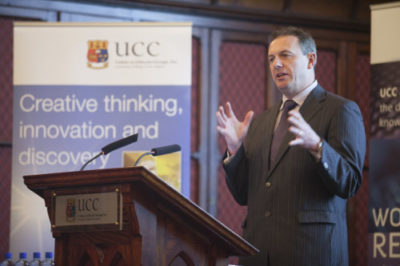 Professor Gerry Boyle, Director of Teagasc, in welcoming the appointment of Paul Ross as a Research Professor in the APC says: “This appointment reflects the on-going productive collaboration through the UCC-Teagasc Strategic Alliance in Food Research launched in 2010.”